Ambassador Mumtaz Zahra Baloch held a meeting with former Secretary General of the United Nations Mr Ban ki Moon. They discussed bilateral and regional issues. Ambassador lauded the contribution of Mr. Ban for peace, security and development. She also briefed him on the initiatives of the Government of Pakistan on climate change. Mr. Ban fondly recalled his visits to Pakistan. He expressed the hope that relations between Pakistan and the Republic of Korea would further gain strength in coming months and years. 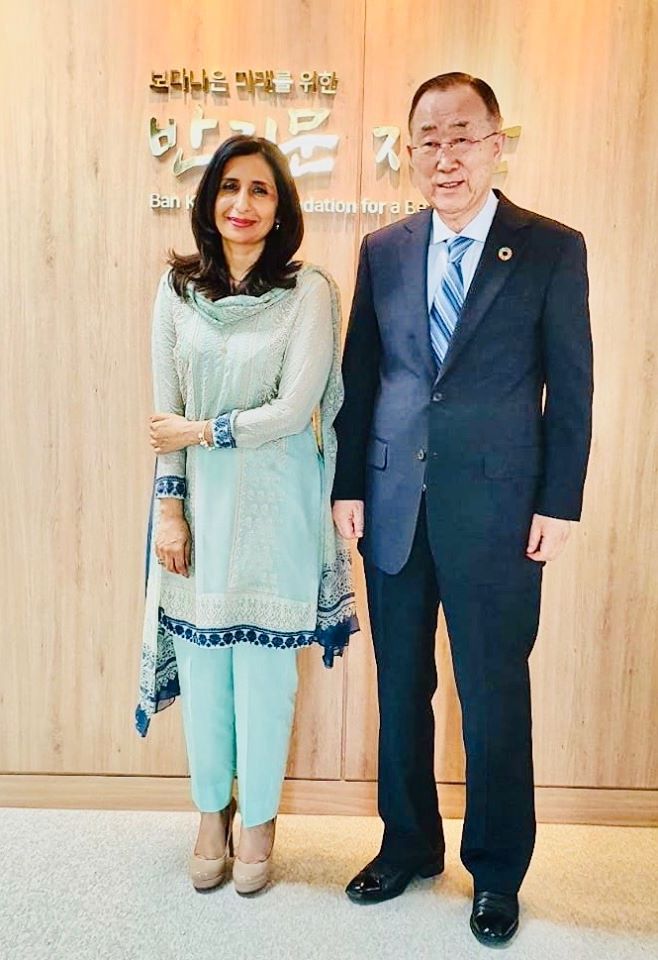