Ambassador of Pakistan to the Republic of Korea, Ms. Mumtaz Zahra Baloch presented her Credentials to His Excellency Mr. Moon Jae-in, President of the Republic of Korea at a ceremony held at the Blue House on 16 October 2020. Foreign Minister Kang Kyung-wha was also present on the occasion.
During the audience with the President, the Ambassador conveyed the greetings and best wishes of the President and the Prime Minister of Pakistan. She underlined the historic nature of ties between the two countries and expressed her commitment to work for further strengthening of bilateral relations.
President Moon Jae-in warmly welcomed the Ambassador and reciprocated the message of friendship and cooperation. He expressed the hope that the relations between the two countries would grow further during the tenure of the Ambassador. 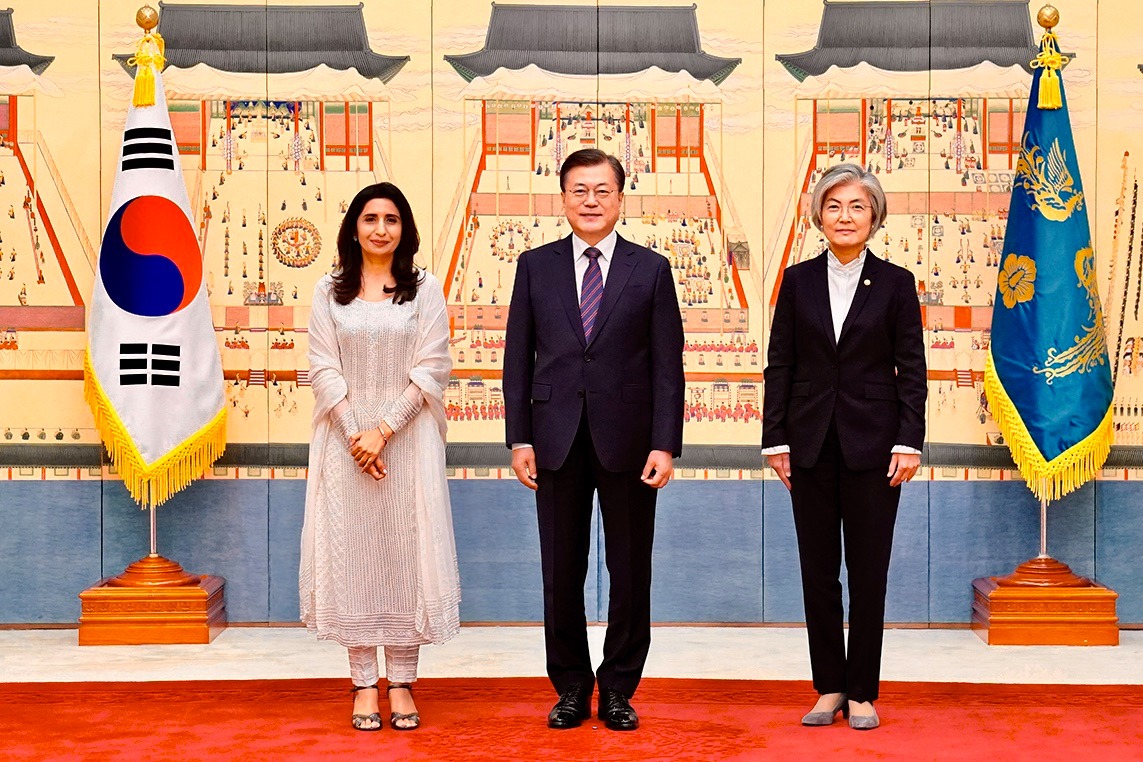