The Pakistan side was led by the Mr. Usman Jadoon, Director General (United Nations), Ministry of Foreign Affairs. The delegation of RoK was headed by Mr. Chung Keeyong, Director General (Climate Change, Energy, Environment and Scientific Affairs Bureau), Ministry of Foreign Affairs. Ambassador of Pakistan to the Republic of Korea, Ms. Mumtaz Zahra Baloch and Ambassador of the Republic of Korea to Pakistan, Mr. Suh Sangpyo also attended the meeting.

The two sides exchanged views on issues of mutual interest and explored avenues for bilateral cooperation and engagement in the fields of Climate Change and Science Diplomacy. Discussions covered implementation of the Paris Agreement; the forthcoming Conference of Parties (COP-26) to the United Nations Framework Convention on Climate Change (UNFCCC); and avenues for possible collaboration in Science, Technology and Innovation.

While highlighting national priorities for the forthcoming COP-26, the Pakistan side stressed that climate change negotiations should be guided by the principles of Equity as well as Common But Differentiated Responsibilities. It was underscored that Pakistan remains fully committed to addressing climate change and had launched a number of key initiatives including the Ten Billion Tree Tsunami Project, Alternate and Renewable Energy Policy, and Electric Vehicle Policy.

The RoK side, in addition to sharing its own vision and perspectives, briefed the Pakistan delegation on the Partnering for Green Growth and the Global Goals 2030 (P4G) Summit scheduled to be held in Seoul later this year.

The two sides expressed the desire to establish a structured dialogue process on Climate Change and Science by holding periodic meetings at regular intervals. 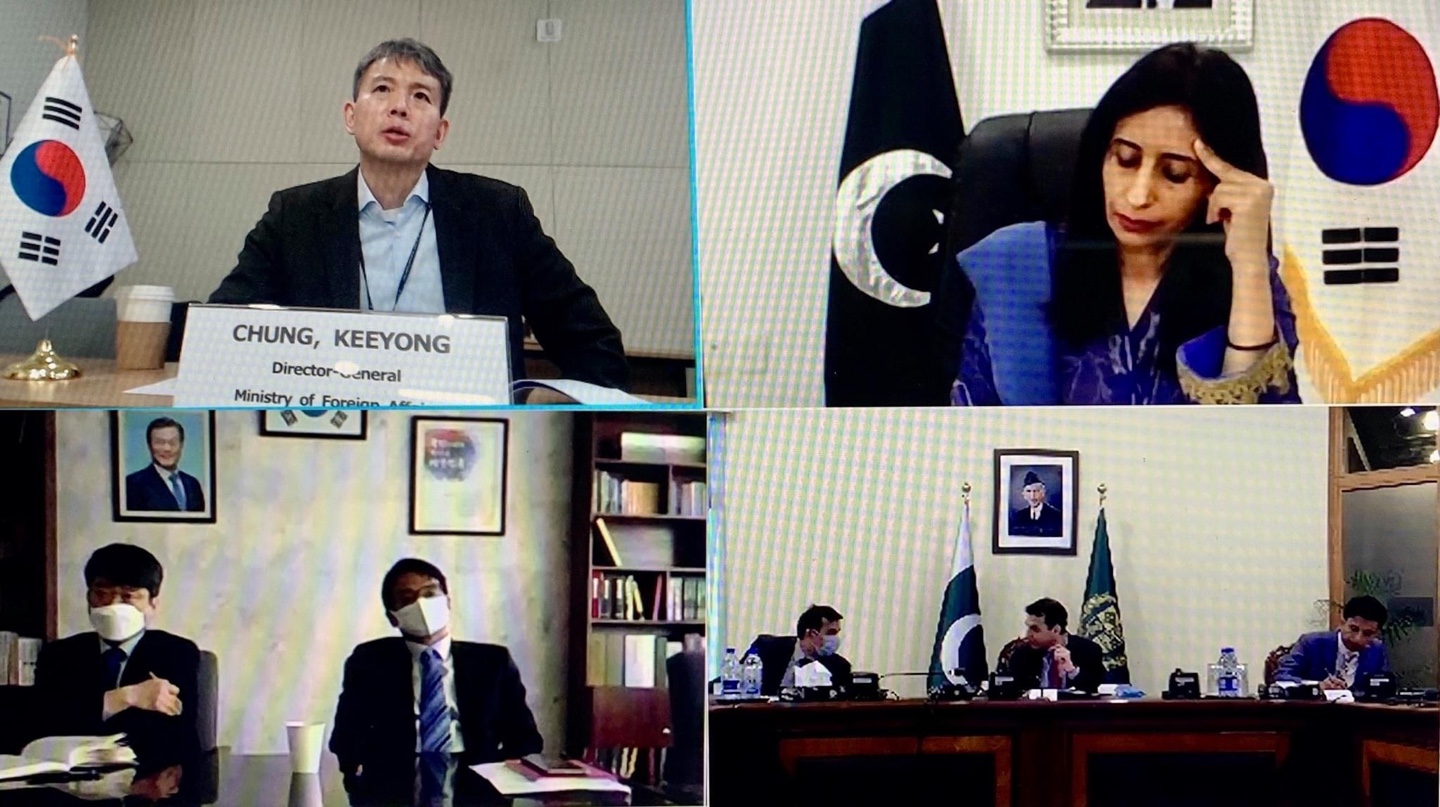