Pakistan-Korea Friendship Association (PKFA) was launched in Daegu last week with the aim of promoting friendship between Pakistan and the Republic of Korea.
Members of PKFA hail from a wide cross-section of Korean society including political leaders, entrepreneurs, scholars and educators, professionals, journalists and artists. Governor of Gyeongsang-bu do, Mayor of Daegu and President, Keimyung University will serve as co-chairmen of the Association. CEO of Cheonyong industrial Development, Kim Jinheon will act as President of PKFA.
Ambassador Mumtaz Zahra Baloch attended the inauguration of Pakistan-Korea Friendship Association and appreciated its members for their commitment to promoting relations between Pakistan and the Republic of Korea. Sharing her vision about the Association, she expressed the hope that PKFA would play a leading role in promoting understanding and cooperation between the two countries with special focus on trade and investment, linkages between educational institutions, and art and culture.
Ambassador encouraged the Association to bring onboard the youth and to develop a network across Korea by partnering with other associations to spread its outreach. 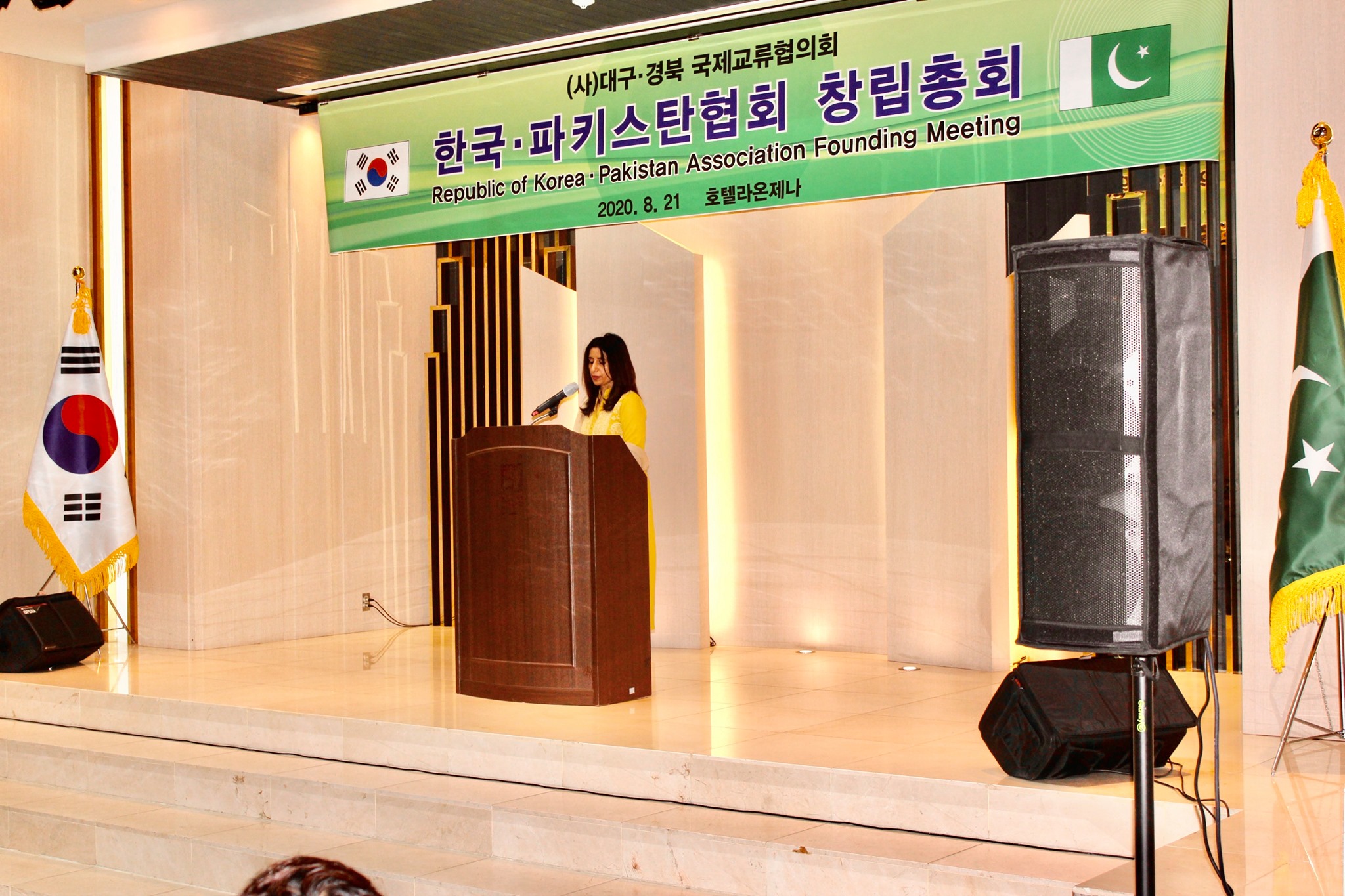