Pakistan and the Republic of Korea have signed an Agreement on Transfer of Sentenced Persons at a ceremony at the Korean Ministry of Foreign Affairs. The agreement was signed by Ambassador Mumtaz Zahra Baloch on behalf of the Government of Pakistan while Mr. Choi Jong-moon, Second Vice Minister for Foreign Affairs signed it on behalf of the Korean Government.
Under the agreement, sentenced persons can, through mutual agreement, be transferred to their country where they shall complete the remaining sentence. Mechanisms for such transfers will be agreed after the ratification of the agreement by the two sides.
Conclusion of the Agreement on the Transfer of Sentenced Persons with the Republic of Korea is in line with the Government of Pakistan’s strong commitment to the welfare of overseas Pakistanis.
Seoul
17 May 2021 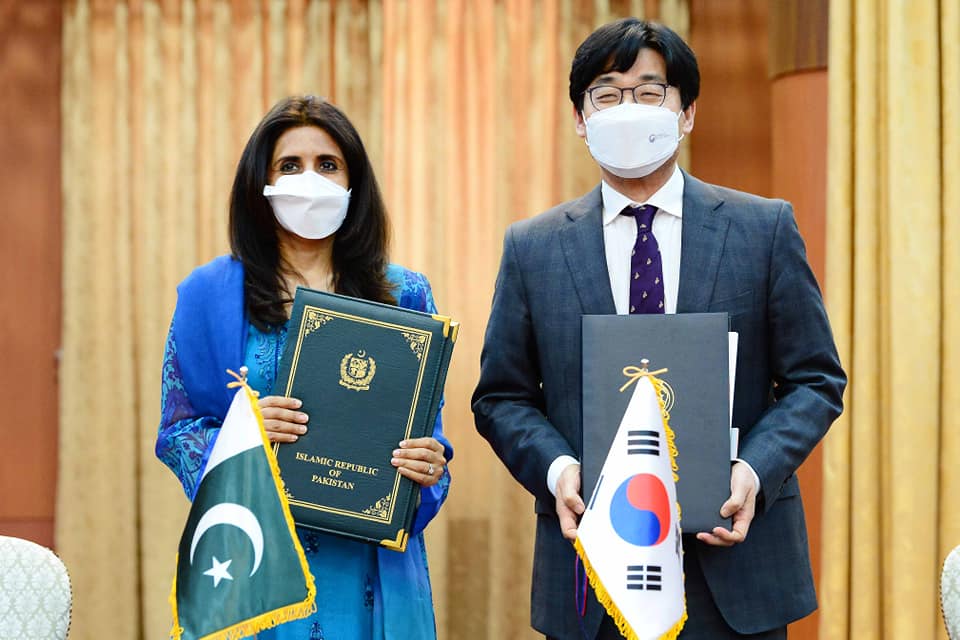