Press Release
To mark the 82nd anniversary of adoption of the Pakistan Resolution, a solemn flag hoisting ceremony was held at the Embassy. Messages from the President and the Prime Minister were read out before the community, which included Pakistani businessmen, students and workers.
The Embassy also hosted a National Day reception today. Mr. Lee Hack-young, Chairman of the Trade, Industry, Energy, SMEs and Startups committee of the National Assembly of the Republic of Korea was the Guest of Honour. Director General of Asian and Pacific Affairs Bureau at the Ministry of Foreign Affairs of Korea, representing the Government of the Republic of Korea, made a commemorative speech. The reception was attended by around 200 guests, including Heads of the Diplomatic Mission, heads of Korean companies, Businessmen, members of the international and Korean media houses. The event was also covered by Korean media.
At the reception, the ambassador welcomed the distinguished guests and highlighted the significance of the day. He underlined that Pakistan and the Republic of Kore enjoyed friendly and cordial relations. He also highlighted the steps taken by the government for economic and social development of the country.
Speaking on the occasion, Mr. Lee Hack-young, said that close and friendly relations between Pakistan and Korea are underpinned by a strong economic partnership, with increasing bilateral trade in recent years. He appreciated the Government of Pakistan’s support in successfully carrying out “Operation Miracle”. He stressed on the commonality between the two countries owing to history of colonization and war. He also urged both sides to continue to increase strong cooperation and spirit of solidarity in all fields.
Director General Lee, in his commemorative remarks, said Pakistan-Korea relations were already on a solid foundation, with Pakistan supporting Korea in the Korean war with food and financial assistance, he recalled that Pakistan was among the 39 countries that assisted Korea in that time. Korea had reciprocated by providing humanitarian assistance during the floods and earthquake in Pakistan. He also stressed on economic partnership between the two countries, with many big Korean companies investing in various sectors in Pakistan. He also referred to Pakistan’s assistance in “Operation Miracle”, and later in evacuation of the Korean mountaineer, Kim Hong-bin last year.
The daily Korea Times newspaper also published a supplement on the occasion of the National Day of Pakistan, that included a message from the Ambassador, along with articles on Government’s trade and investor friendly policies, its tourist attractions, and on the significance of 23rd March in the history of Pakistan.
Seoul
23rd March 2022 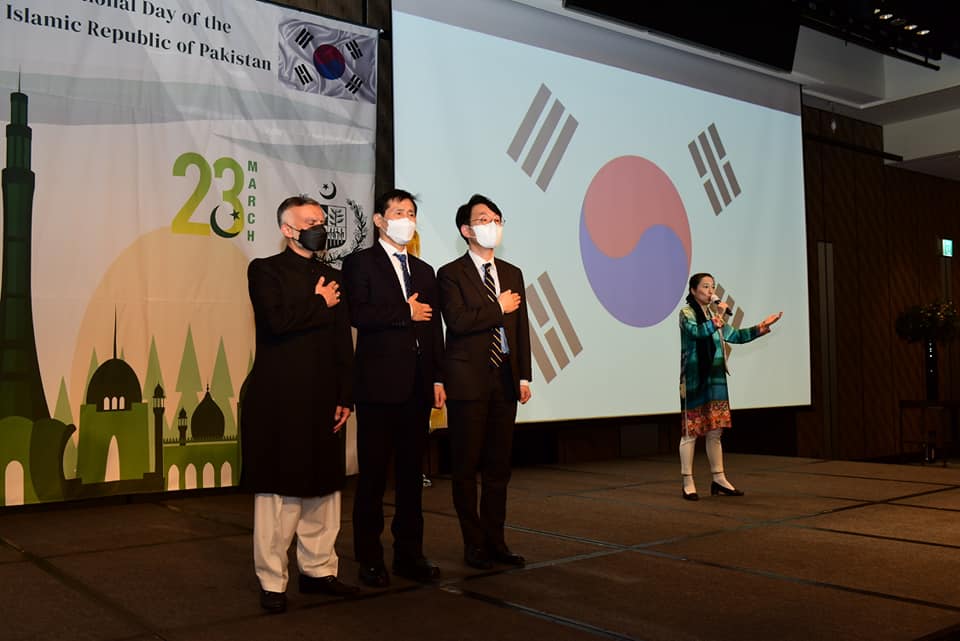 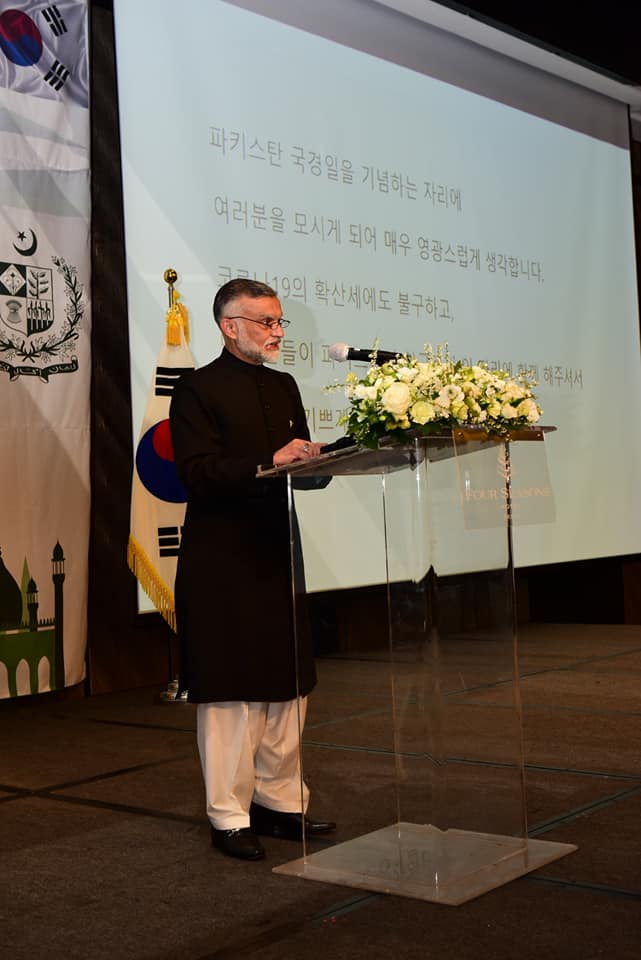 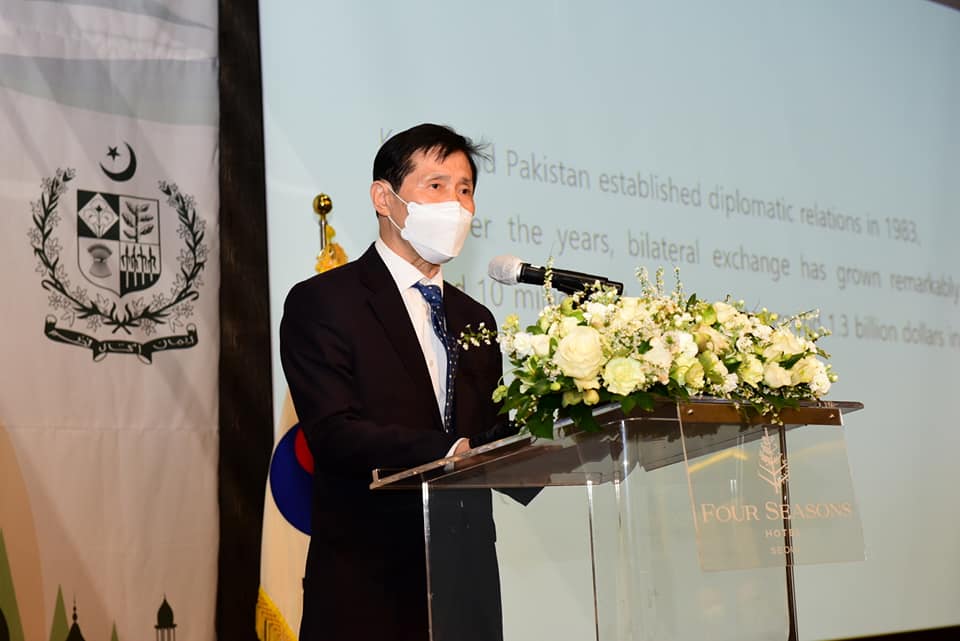